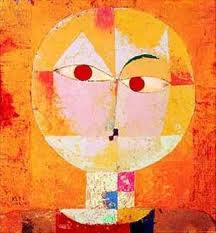 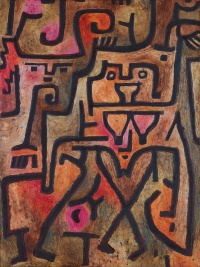 Paul Klee was a Swiss-German artist influenced by Theosophy and by the art movements of Expressionism, Cubism, and Surrealism.

Paul Klee was born December 18, 1879 in Münchenbuchsee, Switzerland. His German father was a music teacher and his mother was a Swiss singer. The boy, a talented violinist, naturally aspired to a musical career until he found more meaning in the visual arts. He was not a stellar student, but in 1898 was admitted to the Academy of Fine Arts in Munich.

Klee was known for his writings and lectures on color theory and design.

While working at the Bauhaus, Klee was influenced, directly or indirectly, to Theosophy